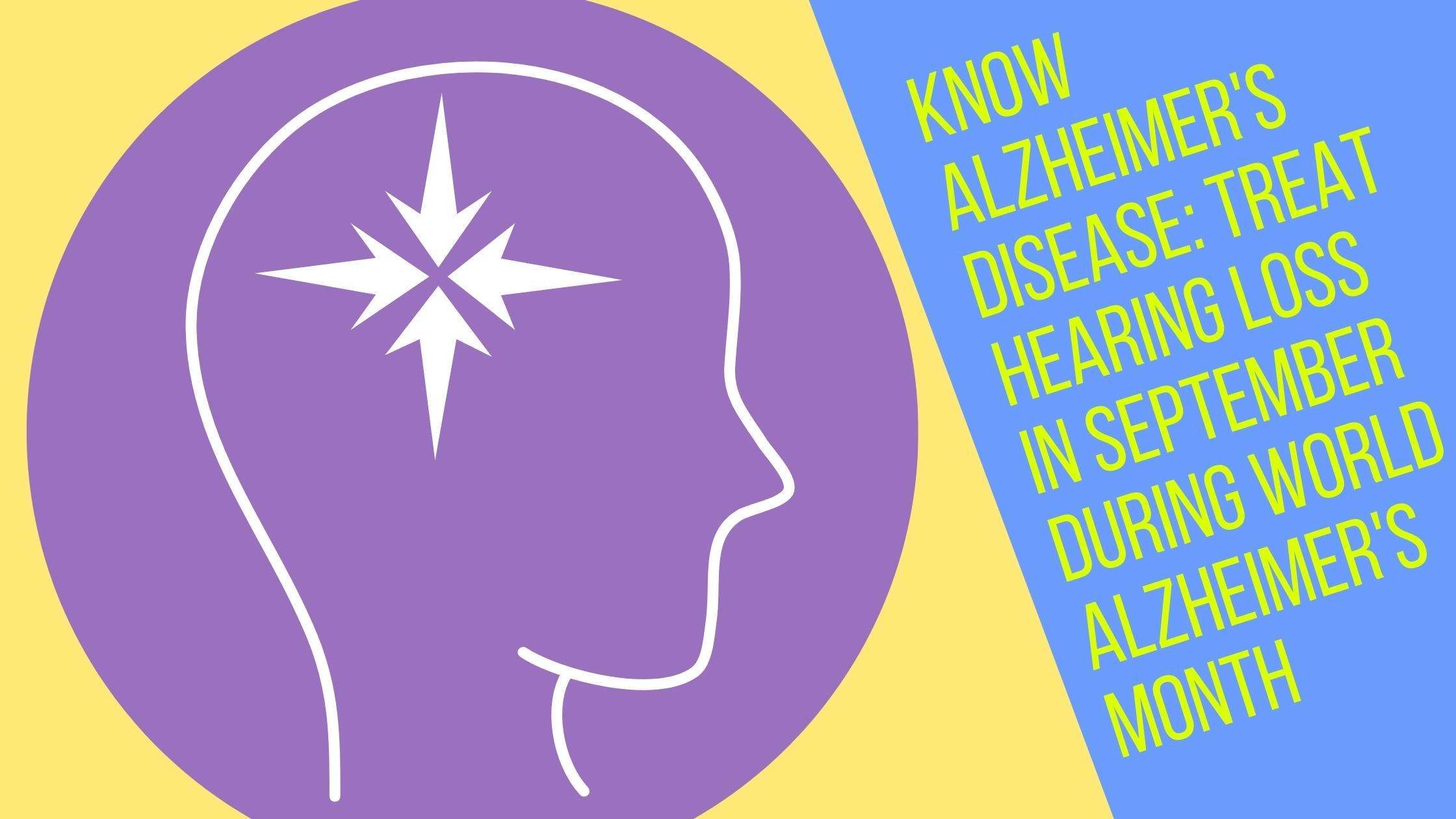 Each September, we set aside the month to remember and honor those who are living with Alzheimer’s, those who work as professional caregivers for Alzheimer’s patients, and the estimated 11 million Americans who are providing unpaid care for loved ones with Alzheimer’s. As we take a moment to pause and think about the vast web of community members who are touched by this cognitive condition, we can also think about some of the risk factors that can lead to higher rates of Alzheimer’s and other forms of dementia in our communities.

Although there is no known cure for Alzheimer’s at this time, understanding risk factors is a way to decrease the likelihood of the condition later in life. Though some of the risk factors might come as no surprise, others are recent revelations in the research community devoted to understanding Alzheimer’s. Let’s look at this list of risk factors, as well as one factor that has a high correlation with rates of Alzheimer’s: untreated hearing loss.

In 2017, the Alzheimer’s Association International Conference produced a report of some recent findings about known risk factors for the condition. Published under the title “Dementia Prevention, Intervention, and Care: 2020 Report of the Lancet Commission,” this document details 9 already-known risk factors, as well as three new risk factors that were just discovered. On the old list of risk factors are a few commonly known lifestyle habits, health conditions, and environmental factors, including less education, hypertension, hearing impairment, smoking, obesity, depression, physical inactivity, diabetes, and infrequent social contact.

In addition to these well-known factors, three new ones were added: excessive alcohol consumption, head injury, and air pollution. As you will notice, some of these risk factors are related to lifestyle habits, and individuals are encouraged to change their lifestyles in ways that promote better health in the short run and lower rates of Alzheimer’s in the long run. In addition to these factors that have to do with individual habits, others emphasize community policies that can lower the risk of Alzheimer’s within the entire population. Communities can advocate for widespread changes, such as lower levels of air pollution and higher levels of education, and they can also encourage healthy habits among their populations at the same time.

One of the factors stands out as surprising to many people: hearing loss. How could hearing loss be related to cognitive dysfunction and decline? Although the connection is not immediately obvious, the statistical relationship is borne out again and again in data analysis. Countless studies show that those who have untreated hearing loss have higher rates of Alzheimer’s than their otherwise identical counterparts in terms of age, health, race, gender, and other demographic factors.

What might be driving that connection? Although researchers are continuing to find a robust solution to this puzzle, one thing they suspect is that language is part of the connection. When a person has hearing loss, they tend to have difficulty carrying on verbal conversations. What was once an easy back-and-forth of listening and responding can become a frustrating and confusing process of guessing at words and phrases. When the things others say do not make sense, the brain scrambles to come up with possibilities. The more often these possibilities are wrong, the more chaotic is the thought process during conversations.

Whether this process leads to a shift in brain activity, an increased cognitive load, or another transformation of the mind, it seems like the struggle to communicate can somehow lead to a higher likelihood of Alzheimer’s and other forms of dementia down the road.

The good news is that those who consistently use hearing aids do not have this added risk of developing Alzheimer’s. Instead, they look just like their counterparts who do not have hearing loss at all. This hopeful report is a better reason than ever to encourage your loved ones to seek out a hearing test as soon as loss becomes an issue. Getting treatment as soon as possible can preserve healthy cognitive functioning for many people, so don’t delay helping your loved one make the appointment!